Earlybird discount – use the coupon code earlybird on checkout for a $250 discount on each seminar
(Until  October 7, 2018)

GAIN has negotiated a special deal for its members, valid until October 31.
Please use the contact form at the bottom of this page, giving your name and year of attendance at GAIN. You will recieve your coupon code.

The Frans Bosch approach – how it is different !

The key problem in both training and sport rehabilitation is to identify the specificity of exercises and so to determine how the training stimulus transfers to positive adaptation. This problem is nowhere bigger than in open skills.

The most promising approach to solve the problem comes from dynamic system theory focusing on stability in movement. Understanding anatomy within this theory leads to a building block approach for even the seemingly most chaotic movement patterns.

Anatomy can teach us how to not just move efficiently, but also how to self-protect against injury. From understanding self-organization in anatomy, one can plot out how movement should be assembled from combining small and stable units of anatomy into bigger units and into stable total patterns.

That way, what we do in the gym, can contribute to quality movement in sport. Frans Bosch’s most well-known quote ‘strength training is coordination training against resistance’ reflects this building block approach.

Prefab bottom up approach for agility in gym-based training: intra – and intermuscular attractors

Best practice of intermuscular components of agility: in gym setting & in running
3 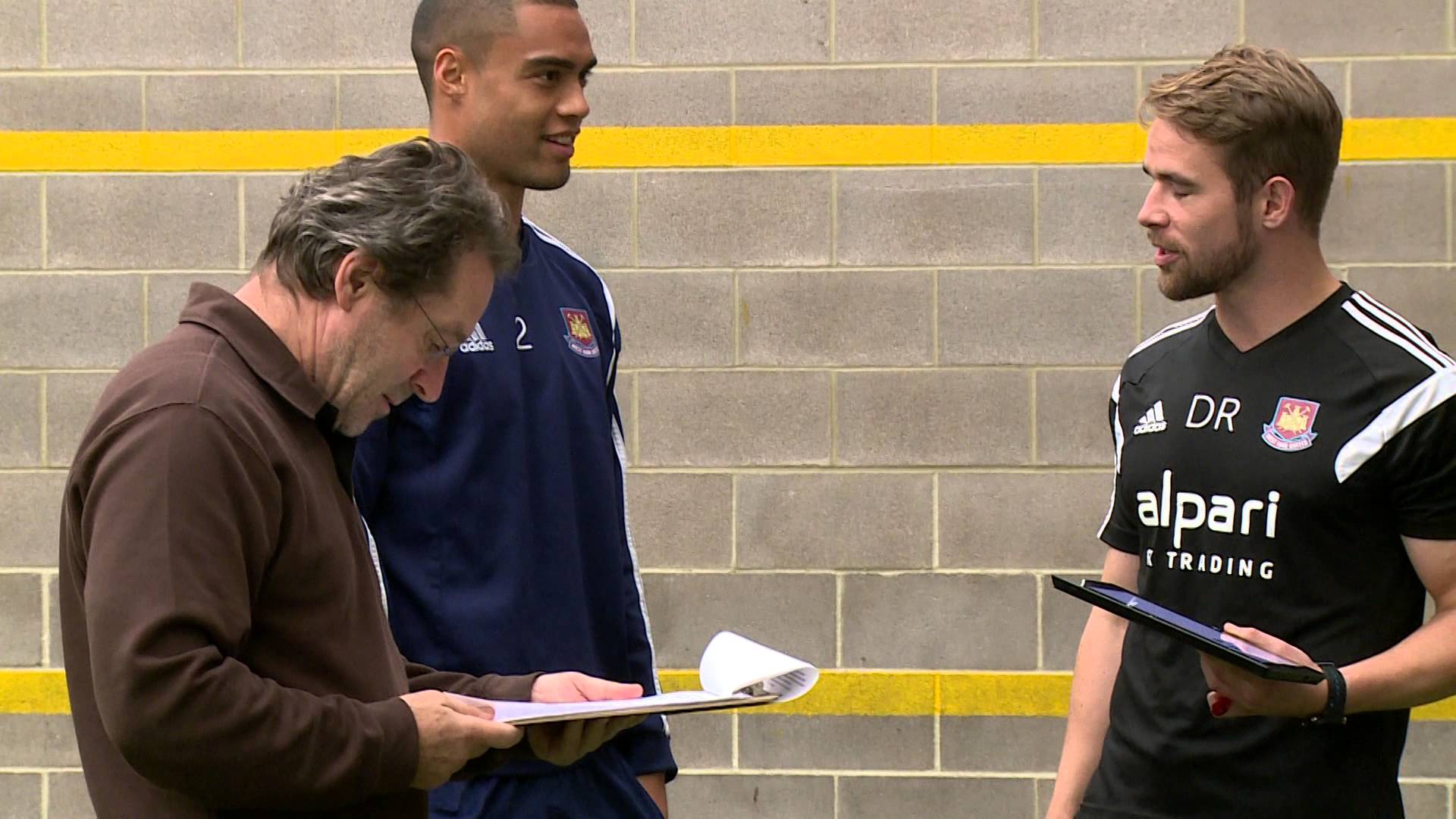 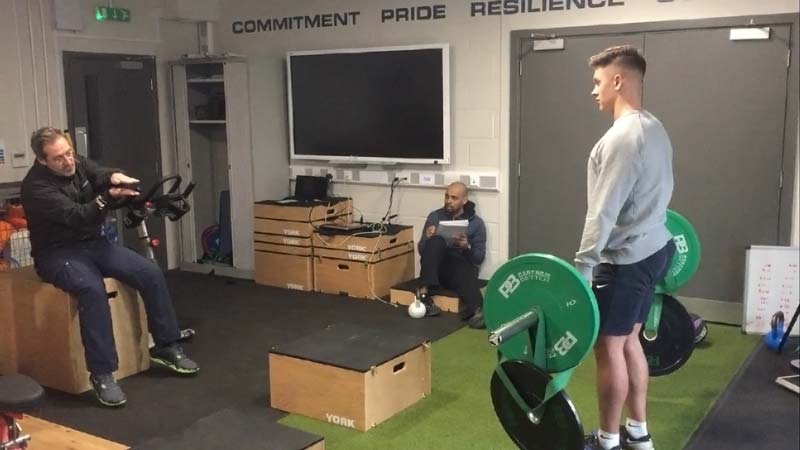 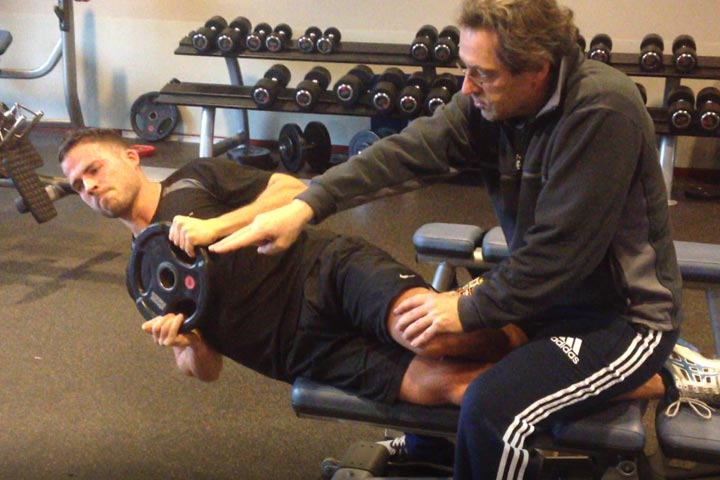 Since 1980 Bosch worked in athletics, coaching elite sprinters and Olympic high jumpers and for some years as the national coach for jumping events. Since 2005 Bosch is lecturer at the Fontys University for applied sciences in sports, mainly in the field of anatomy, biomechanics, strength training and motor learning.

Bosch has given numerous presentations all over the world on training related topics. Presentations address the complexity of the training process and the need to integrate new fields of science like dynamic systems and new ideas on motor control in existing training theory.

Bosch frequently works internationally as a consultant in sport. Clients in recent years are the English Institute of Sports, Wales National Team Rugby, the British & Irish Lions, Japan National Team Rugby, England cricket, West ham United football, Cleveland Brown American Football and others. Together with Ronald Klomp he wrote ‘Running, biomechanics and exercise physiology applied in practice”, published in the Netherlands in 2001 and translated in English in 2005.

‘Strength training and coordination, an integrated approach’ was published in the Netherlands in 2012 and in English in 2016.

John has operated at the international level in sport for 20 years. Previously the strength and conditioning coordinator for the Japan Rugby Union (2012-2015), John Pryor has earned international acclaim through the use of innovative training methodologies derived from a deep devotion to biomechanical, physiological and motor learning research.

Not one to rest on research alone, John has always tried to put any ideas into practise himself, and with his small group of “experimental athletes”. The methods that work then move forward to his serious teams.

A graduate of Southern Cross University with a Master of Health Science in biomechanics, Pryor has excelled at the highest levels of international rugby and has played a key role in the success of Japan’s National Team.

In no other circumstance was the importance of training specificity more readily apparent than in World Cup competition when Japan upset the Springboks of South Africa, as players, coaches and observers all credited the fitness of Japan’s National Team as central to its success. Japan’s victory is widely regarded as the greatest upset in the history of rugby, with Pryor developing a unique and highly specialized approach to rugby training in advance of the competition.

In Japan, John was also the Head of Athletic performance for Suntory Sungoliath with coach Eddie Jones. This period included multiple Japan and Top League championships and an unprecedented period of success.

Most recently, John has joined Fiji Rugby as the Head of Strength and Conditioning, preparing the team for the 2019 Rugby World Cup. John is a faculty member at GAIN, and is an accomplished and engaging international presenter. 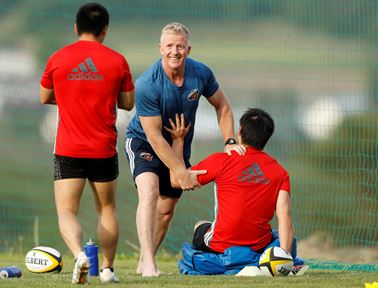 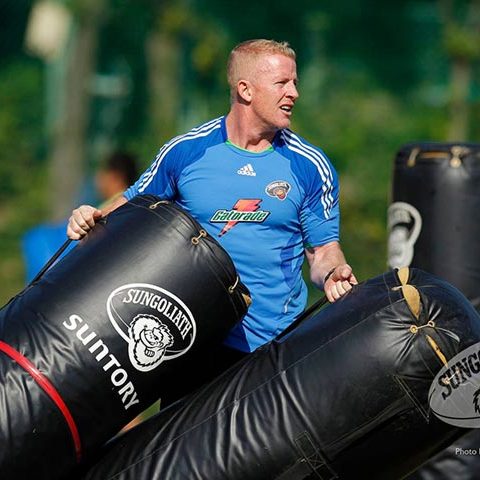 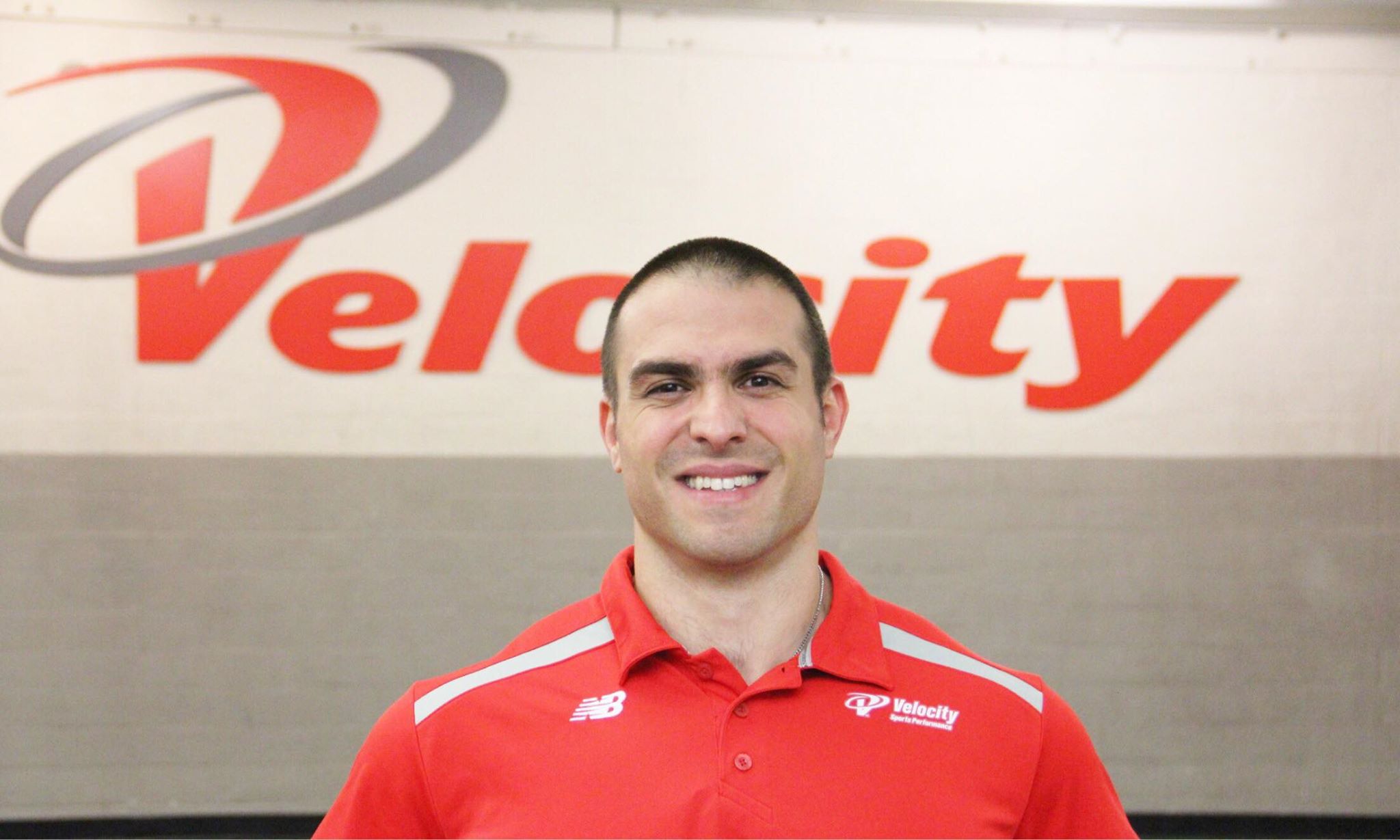 The burden of injuries in Elite sport can weigh heavy upon sports medicine professionals and it is natural to seek best practice to minimise caseloads and to ensure players are returned to peak fitness with zero reoccurrences. What became frustrating in my earlier years at attempting this was the lack of fruition we were achieving from employing the so called “evidence based practice” protocols, the likes of heavy eccentric training etc.

It was at this juncture that I came across Frans and his methods. What struck me initially was the complexity of the theoritical framework that underlay his practice, and how each facet interweaves with one another to deliver effective training. Anatomy is blended with principles of motor control, movement patterns are fastidiously analysed  to give context and specificity to the training, and principles of training, specificity and overload are meticulously tailored and addressed to give optimum effect.

Applying these methods in rehabilitation and injury prevention has delivered consistent, proven results. Whats more beneficial however is the perspective and conviction it installs in the practitioner in dealing with the complex array of ailments that are presented in the everyday sporting environment. Furthermore, the principles applied in rehabilitation and injury prevention blend seamlessly with athletic development, so training is not fragmented as an athlete moves from medical professional to fitness coach, but instead increased accordingly, improving overall athletic qualities and hence performance.

Investing in the commitment to understand and apply Frans methods will advance any sport professionals practice, and no doubt increase the fulfilment garnered from working in such a challenging domain.

Maximum of 50 people - to ensure quality learning and interaction with staff.

Is there really an eccentric action of the hamstrings during the swing phase of high-speed running? part I: A critical review of the literature

It is widely assumed that there is an eccentric hamstring muscle fibre action during the swing phase of high-speed running. However, animal and modelling studies in humans show that the increasing distance between musculotendinous attachment points during forward swing is primarily due to passive lengthening associated with the take-up of muscle slack. Later in the swing phase, the contractile element (CE) maintains a near isometric action while the series elastic (tendinous) element first stretches as the knee extends, and then recoils causing the swing leg to forcefully retract prior to ground contact. Although modelling studies showed some active lengthening of the contractile (muscular) element during the mid-swing phase of high-speed running, we argue that the increasing distance between the attachment points should not be interpreted as an eccentric action of the CE due to the effects of muscle slack. Therefore, there may actually be no significant eccentric, but rather predominantly an isometric action of the hamstrings CE during the swing phase of high-speed running when the attachment points of the hamstrings are moving apart. Based on this, we propose that isometric rather than eccentric exercises are a more specific way of conditioning the hamstrings for high-speed running.

Is there really an eccentric action of the hamstrings during the swing phase of high-speed running? Part II: Implications for exercise

Preventing hamstring injuries – Part 2: There is possibly an isometric action of the hamstrings in high-speed running and it does matter

We thank Shield and Murphy (1) for promoting discussion on our articles (2 3), hereby providing us an opportunity to clarify and elaborate on our arguments and hopefully forward the field of hamstring injury prevention.  Most prominently, Shield and Murphy state that recommendations to employ an isometric hamstring training approach instead of an eccentric one is premature and they state that we presented no evidence from human studies showing that hamstring fascicles behave isometrically in running.  Here we will respond to both points as well as several other points.

Influence of Muscle Slack on High-Intensity Sport Performance: A Review

Rapid force development is of paramount importance for most sports. An often overlooked performance limiting factor is muscle slack, which is represented by the delay between muscular contraction and recoil of the series elastic elements. We will review acute and long-term effects of applying cocontractions, countermovements (CMs), and external load on muscle slack. Coconstractions may be an effective solution to reduce the degree of muscle slack. Moreover, CMs and external load may negatively inflluence the capability to develop cocontractions and hence may be detrimental to high-intensity sport performance that is usually performed with little or no external load. 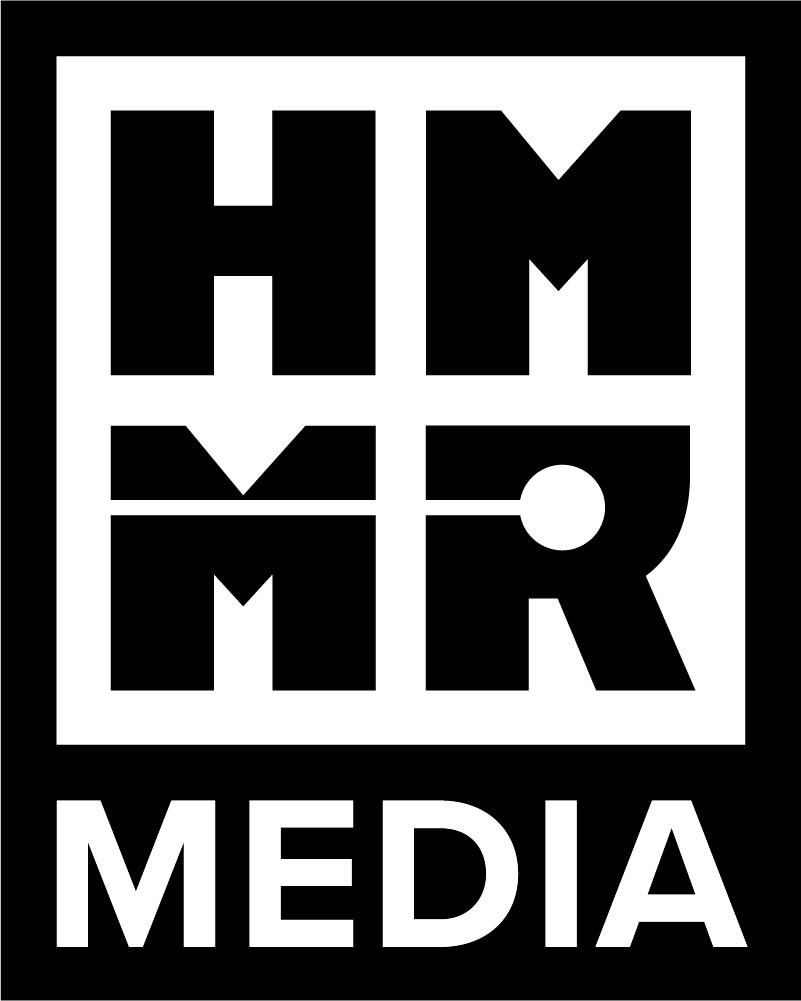